Atoll is based on a modular architecture that makes it adaptable to operators’ configurations, technologies, and functional requirements.

The technology matrix below shows the modules suitable for each technology. Several technologies can be combined in the same Atoll configuration for planning integrated multi-technology projects. 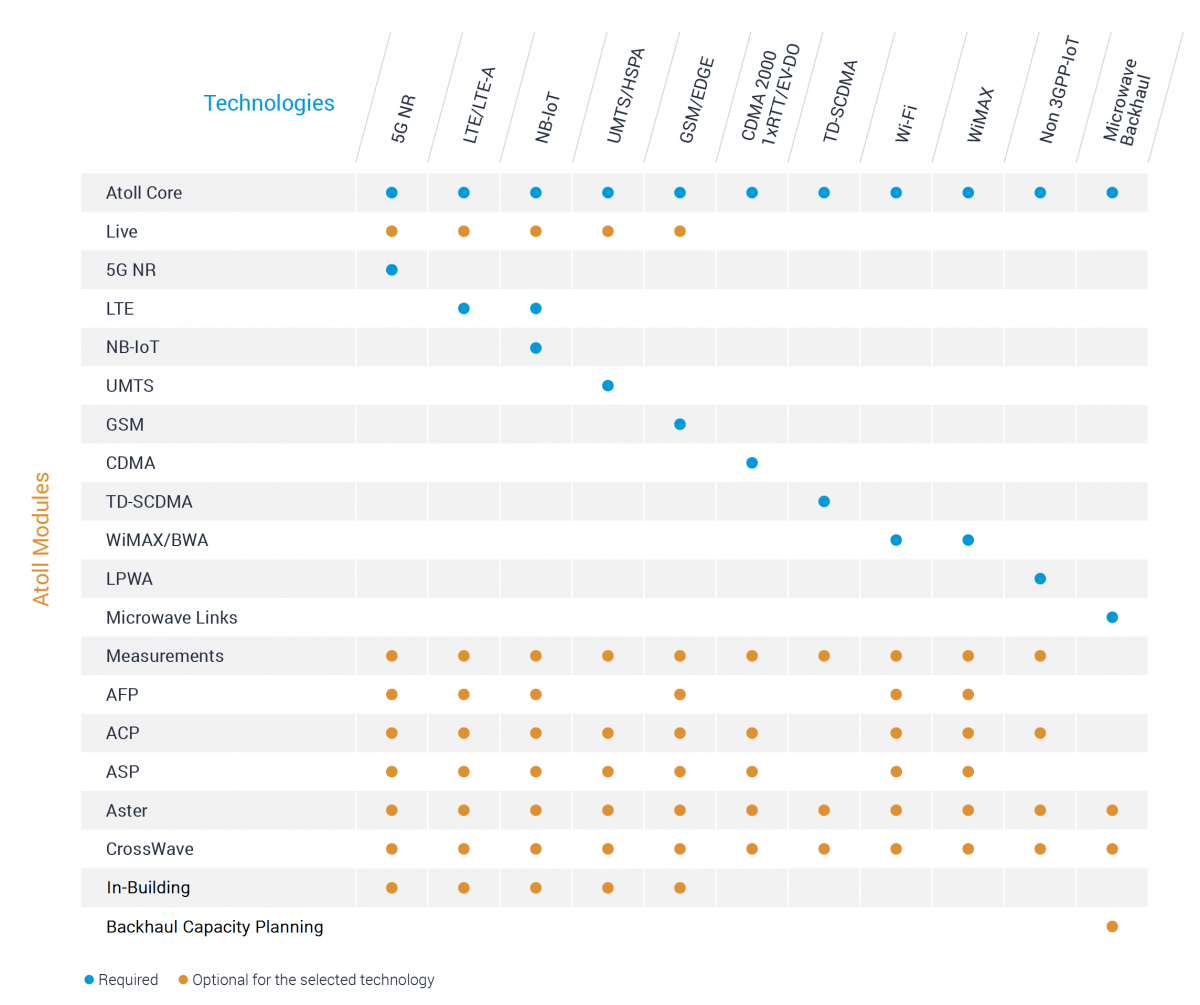 The following sections list the system requirements for Atoll in various deployment environments. These may be used as a guideline for minimum and recommended processing power and resources required for Atoll.

Attend our next Webinar!

Subscribe to our Newsletter and be advised when a new webinar is scheduled.

Forsk is a global supplier with over 500 customers in 140 countries and strategic partnerships with major players in the industry.
See more

Subscribe to Forsk newsletter
to receive the latest news and updates